Tony Grey is a multi-instrumentalist, master bassist, composer and producer who stumbled upon the inspiration to develop electronica compositions while exploring creative new sounds for his bass using Ableton Live. He began using the technology as a canvas for layering dimensions of new sound, and thus was born, Tony Grey | Galactic Duo.

This project features the original compositions and melodic playing of bass virtuoso, Tony Grey who has created a multi-dimensional universe of cosmic sound, combining his signature live looping, melodic improvisations with the rhythmic fusion of layered electronica tracks, collectively propelled through space and time by the intuitive groove and high energy brilliance of drummer, Ian Maciak. Be prepared to experience the flawless performance of this ethereal, drum and bass, jazz-fusion masterpiece!

Born March 25, 1975 in Newcastle, England. Tony is a multi-instrumentalist, master bassist, composer, producer, published author and award-winning music educator; he studied at the world-renowned Berklee College of Music and graduated in 2001, receiving the prestigious 'Outstanding Performer' award. Tony is known for his 6-string electric bass technique, his blend of jazz/world-fusion compositions, and his groundbreaking music education curriculum and teaching Philosophy.

EARLY YEARS
Tony was raised in a family where music was just another family member. His path toward becoming a musician was born out of an accident that nearly took his life. At the age of 18 after breaking his back, Tony picked up his first bass guitar. During his recovery he started playing under the watchful eye of legendary guitarist, John McLaughlin.

EDUCATION
Tony successfully auditioned for a scholarship to the world-renowned Berklee College of Music in Boston. During his years at Berklee, Tony joined the newly formed pop band ‘Bliss’. The group had signed a major record deal with the legendary record producer, Terry Ellis, who in the past discovered Billy Idol, Jethro Tull, Blondie, Huey Lewis and the News and Pat Benatar, to name a few. Tony spent 18 months touring with the group throughout Asia, appearing on several TV shows, recording three hit singles, filming MTV music videos, and achieving a Top Ten CD. Tony left the group in order to return to the USA to complete his studies at Berklee. During his last years at Berklee, Tony studied with some of the greatest teachers – Kenwood Dennard, Larry Watson, Bruce Gertz and Rich Appleman. Tony graduated from Berklee in 2001 with the prestigious “Outstanding Performer” Award.

Since graduating, Tony has led many clinics and master classes at Berklee and has appeared in many of the college’s showcase events, including a tribute to US pop legends Steely Dan, hosted by the President of Berklee, and attended by Donald Fagen and Walter Becker of Steely Dan.

In 2004, Tony had the great honor of performing at New York’s Lincoln Centre with David Nichtern’s band ‘Drala’ for his holiness the Dali Lama.

TONY GREY BASS ACADEMY
In 2012 Tony set forth on his journey as a music educator and unveiled the Tony Grey Bass Academy, the first documented online Academy in Bass Education. The Bass Academy was initially intended to be a companion to his book 'Tony Grey Bass Academy: Jazz Bass Method'; however, the Academy exceeded its initial vision and stands today as a complete and structured online music curriculum, designed to take players from the beginning of their journey through music, all the way to the very end and beyond, learning music creatively rather than mechanically. A groundbreaking philosophy developed by Grey, which now leads thousands of students to becoming the next generation of bass virtuosos. www.tonygreybassacademy.com

"Let nothing restrict you but the limitation of your own imagination."   - Tony Grey

US Tour with David Fiuczynki

Performed for the Dalai Lama with David Nichtern's project, Drala.

US Tour with Karsh Kale

Touring the US with the Galactic Duo

Tony Grey is an innovator of the bass. He has the musicality, facility, and sound to take the instrument to places it hasn't been before. A joy to play with and listen to.

Tony Grey is a natural and will develop into one of the great and innovative musicians of our time. He and the bass were made for each other.

Tony Grey is one of the most melodic bass players in the world. He has an amazing technique and the combination of his warm and dark tone is truly beautiful.  It is such a wonderful opportunity to get to understand his unique concept and approach to music-making.

Wonderful composer, fantastic bass player. Anybody at any level can learn from Tony. He is smokin'! 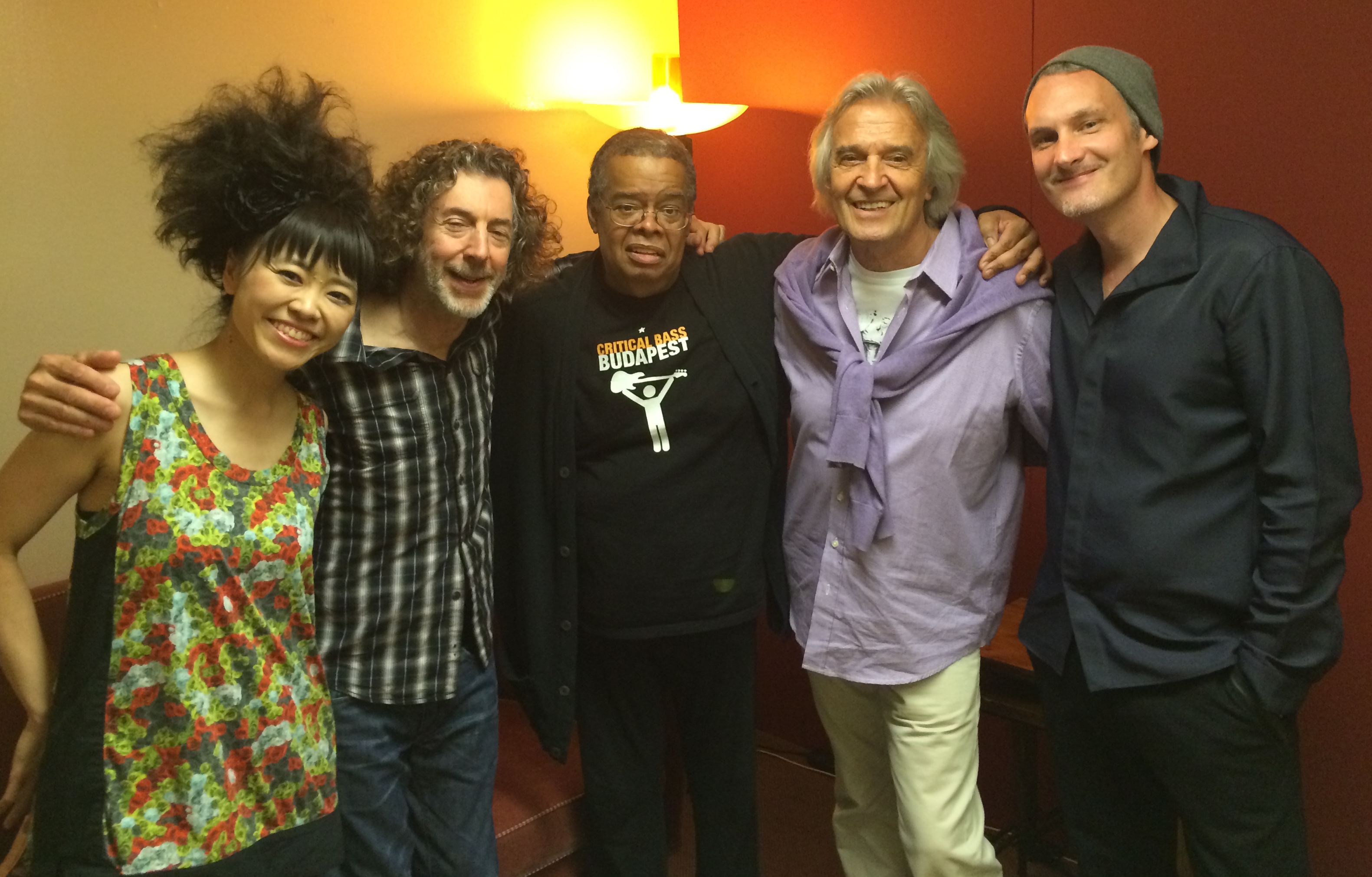 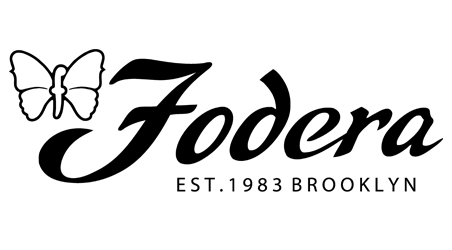 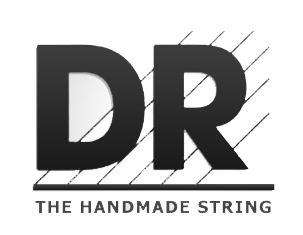 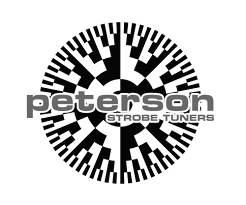 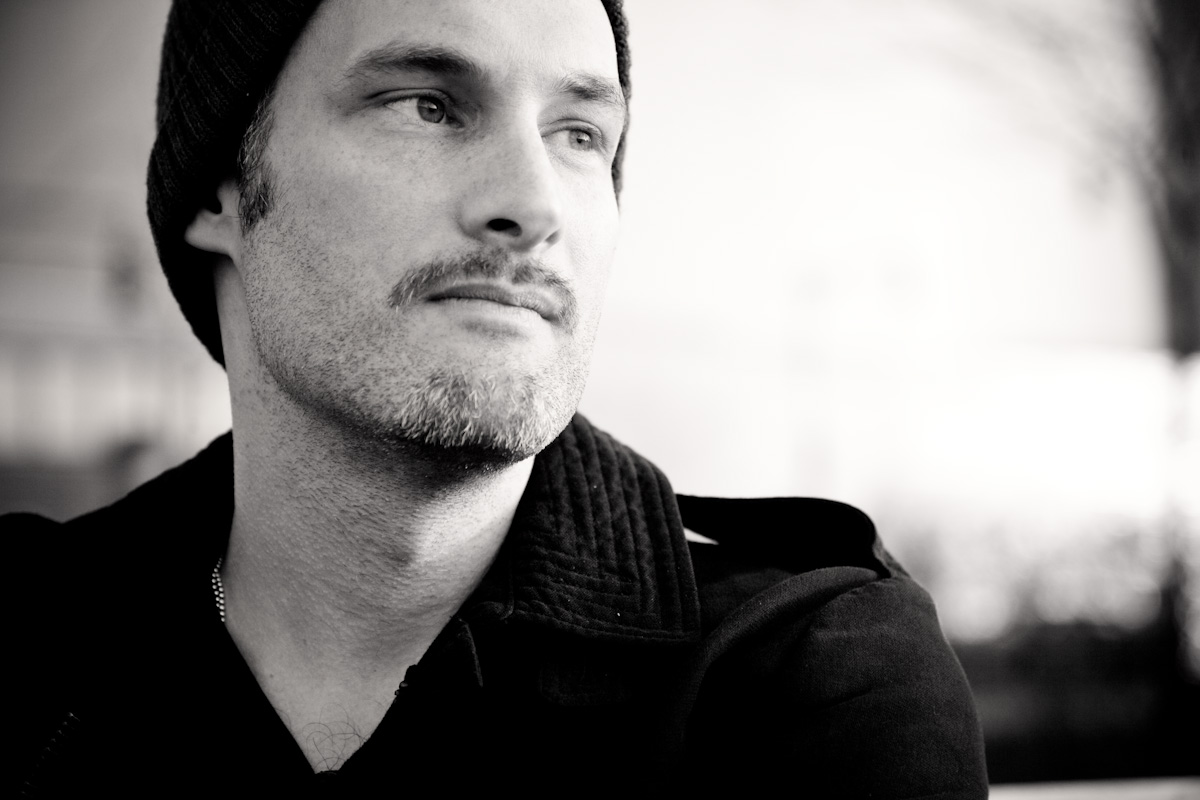 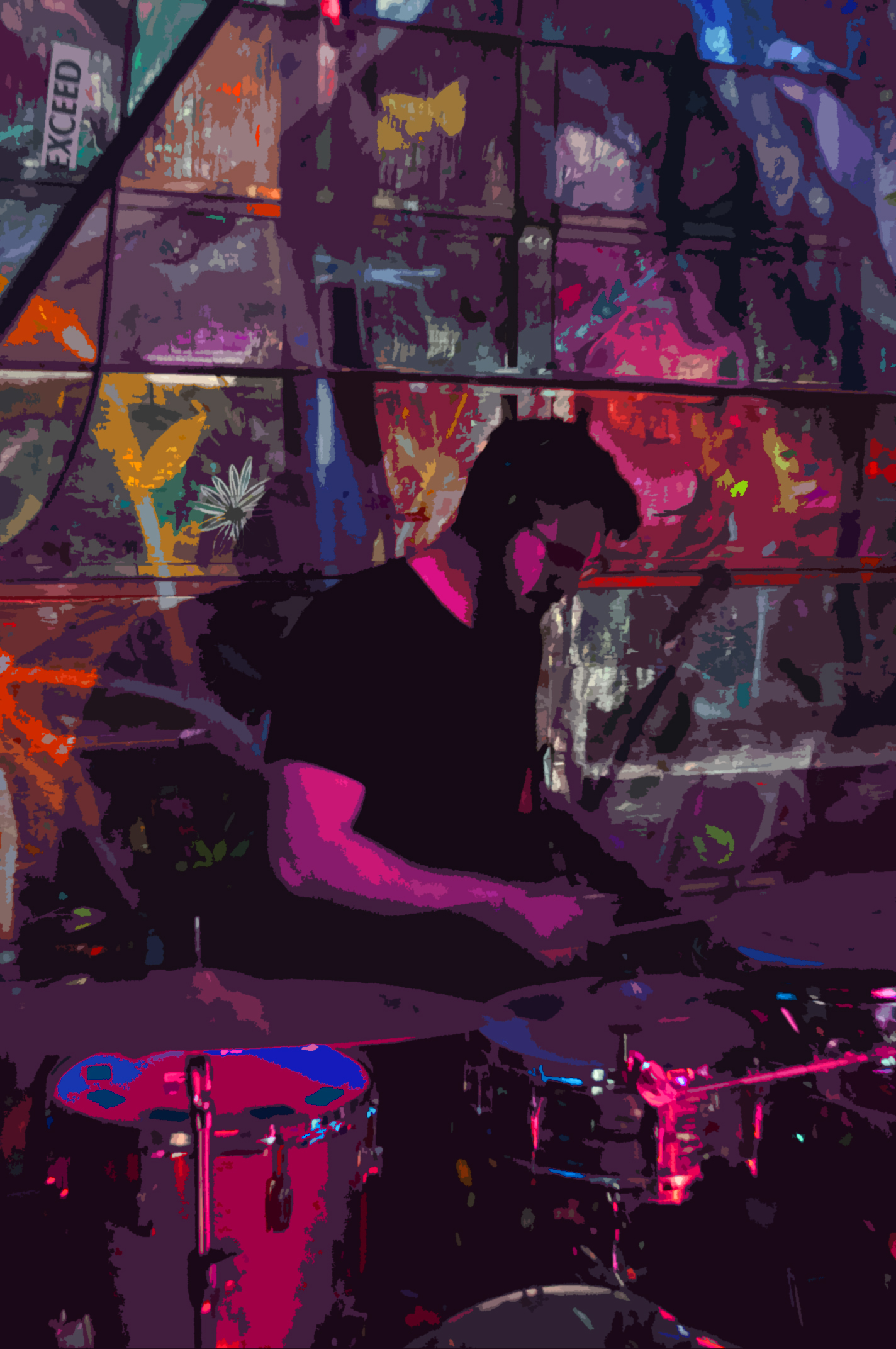 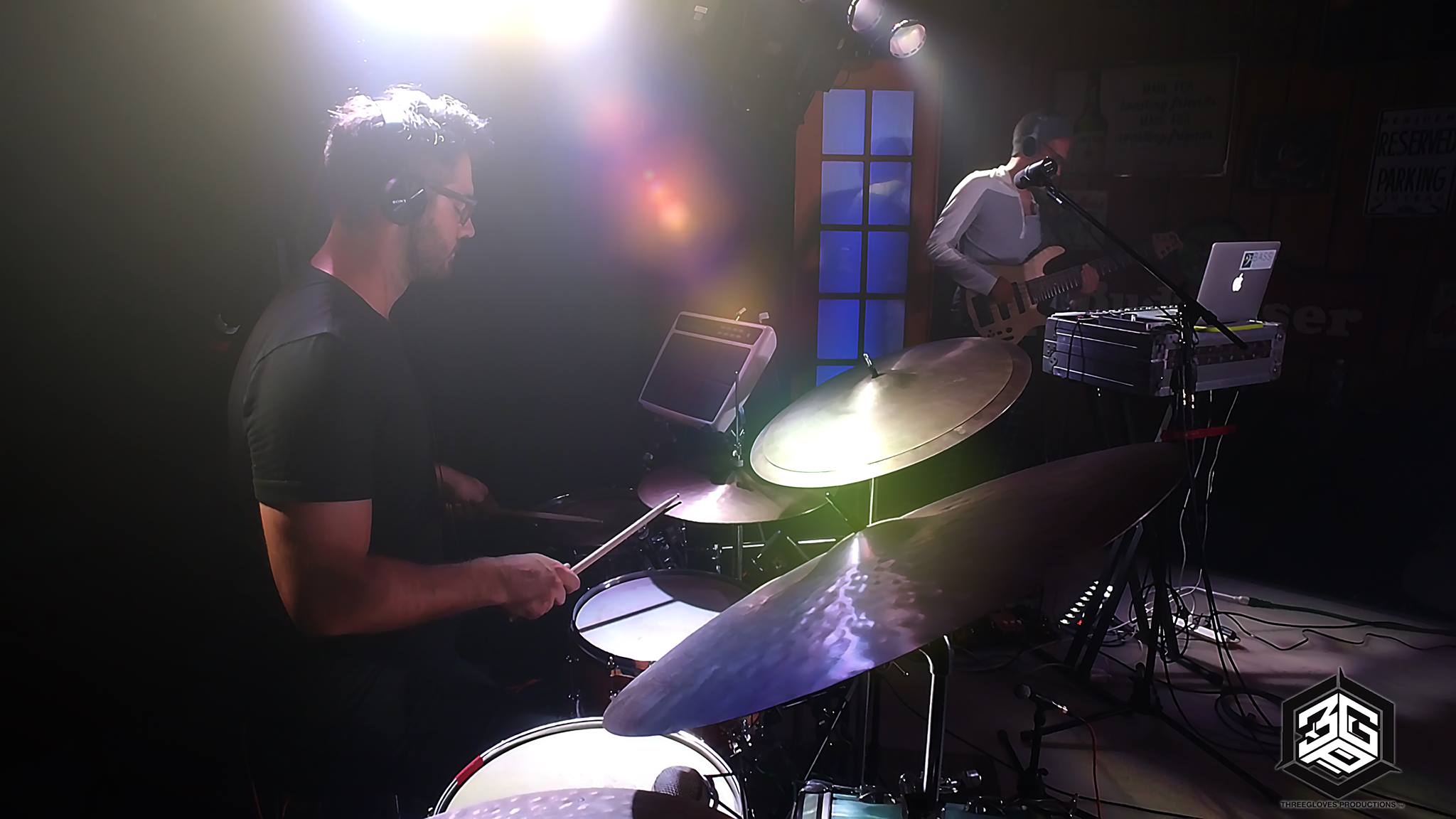 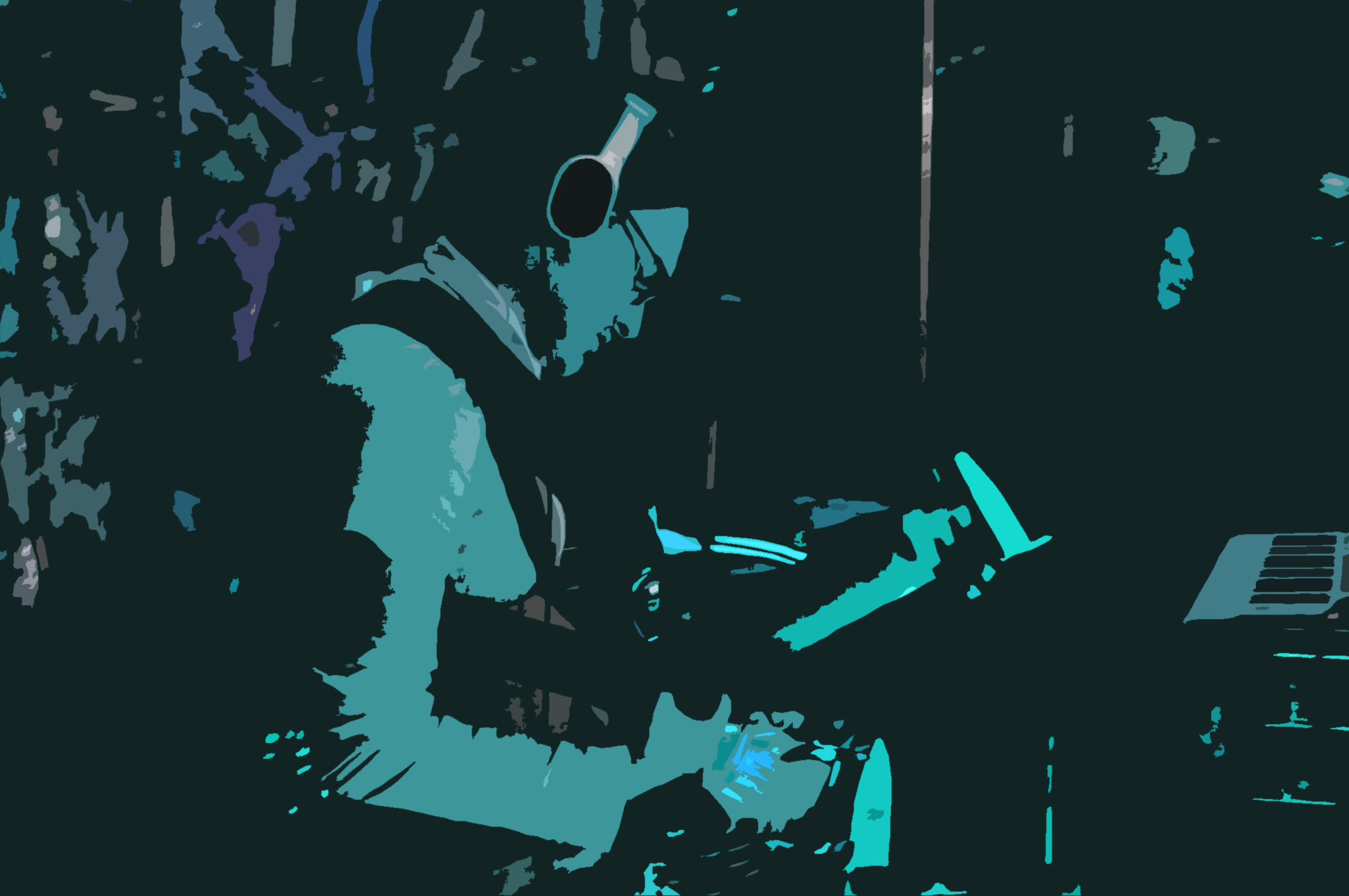 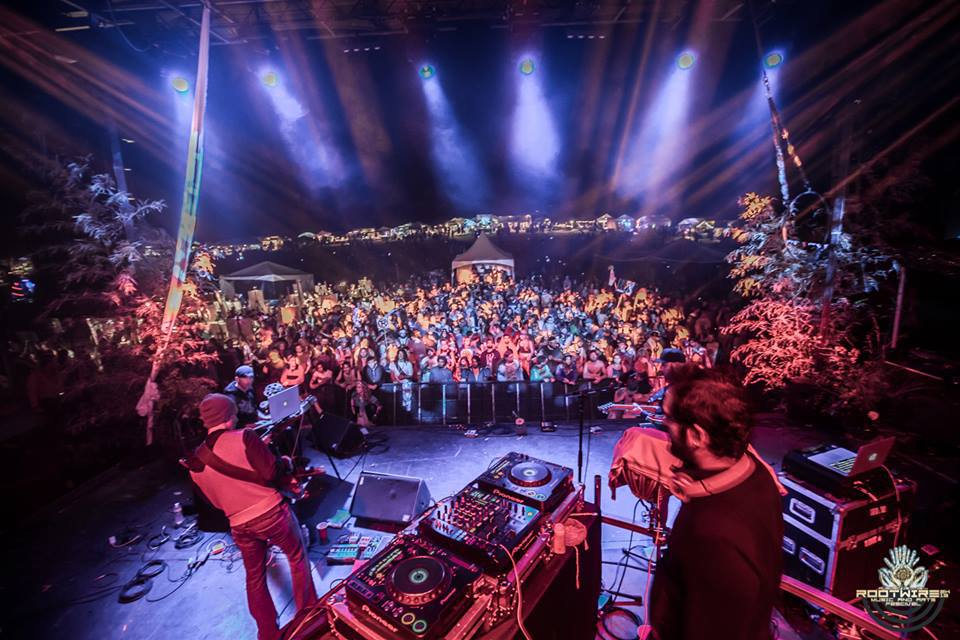 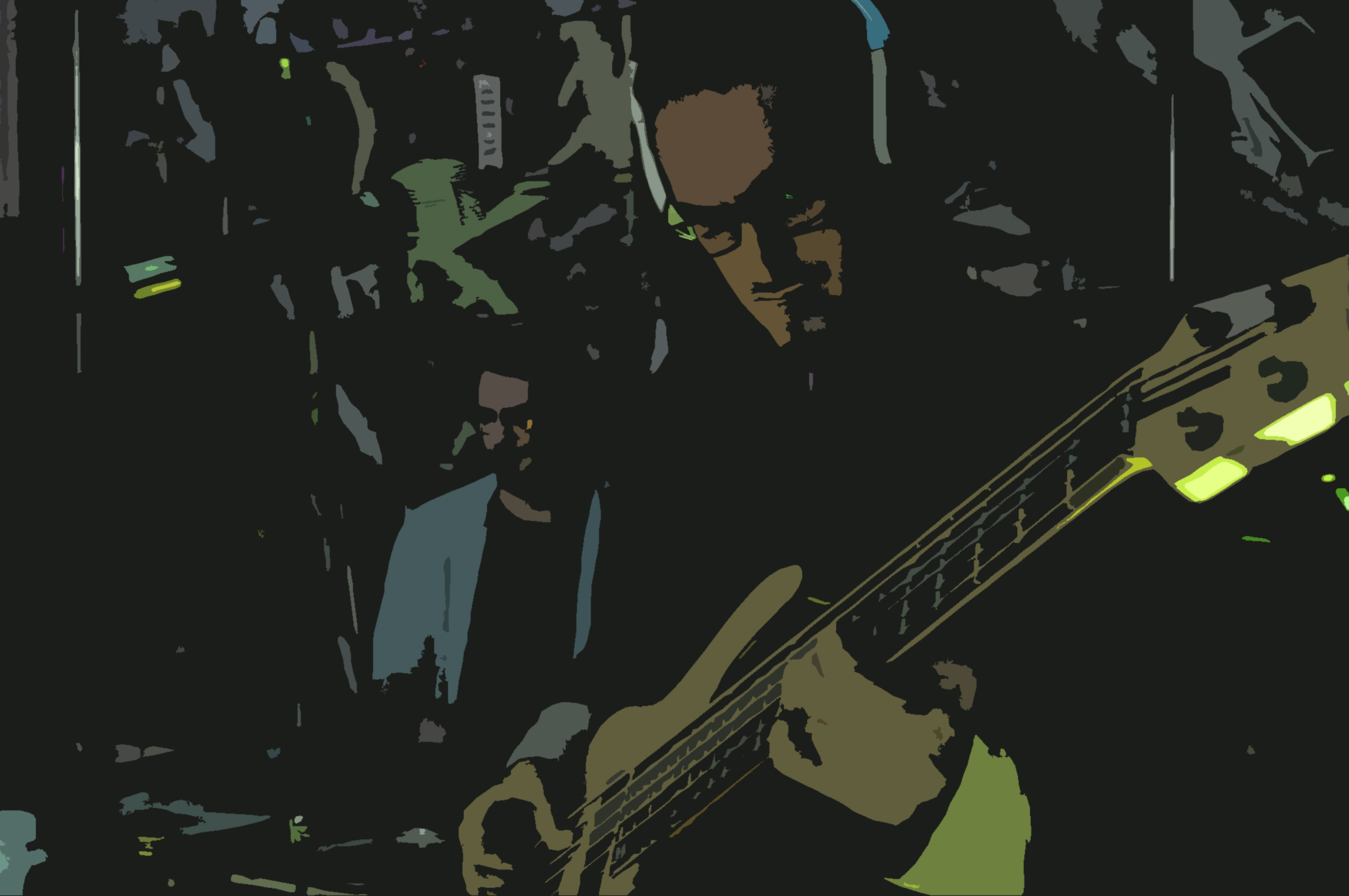 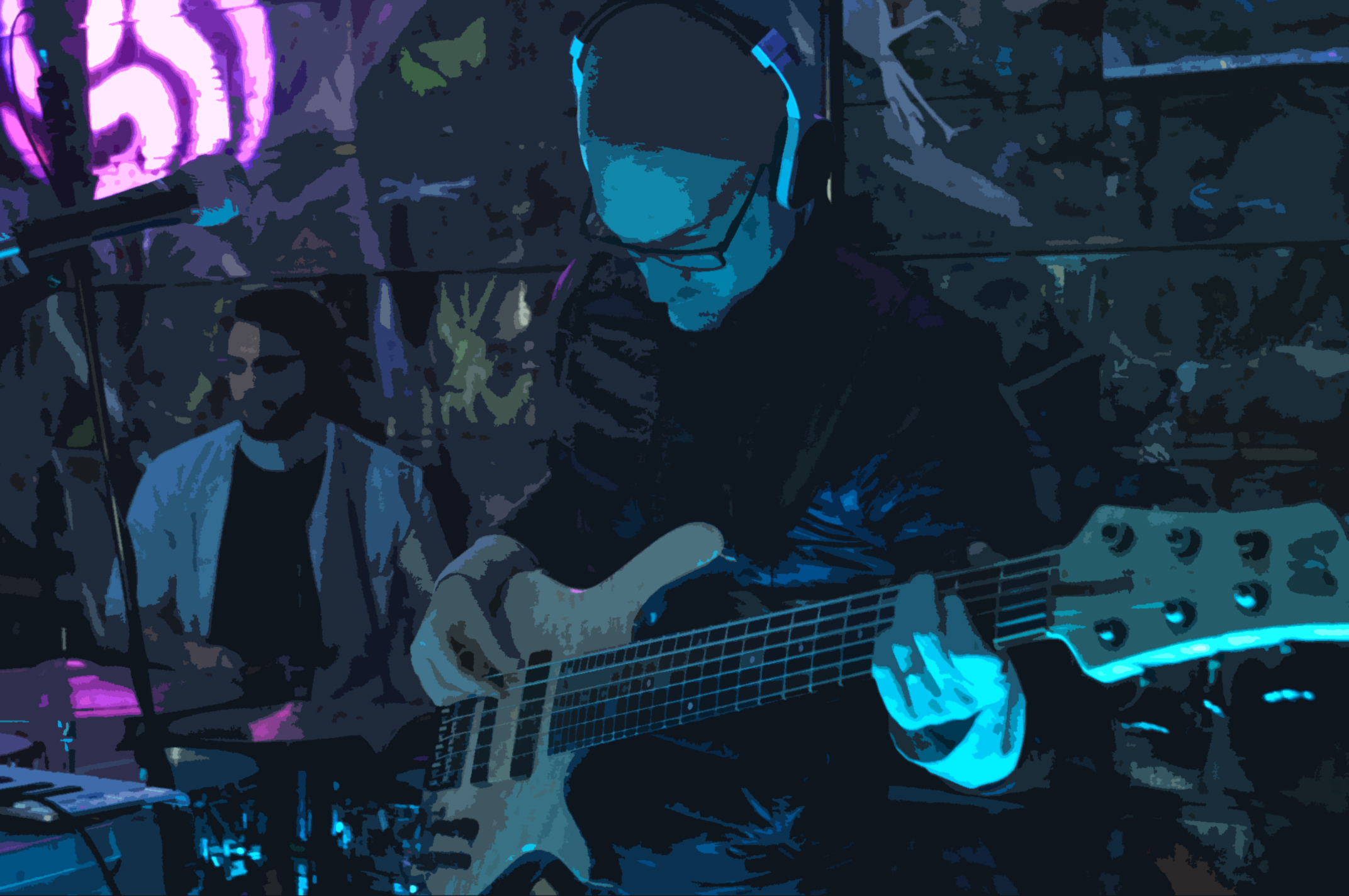 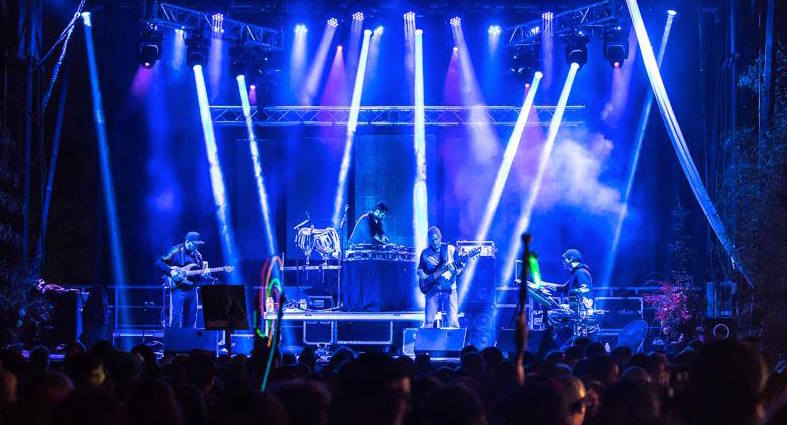 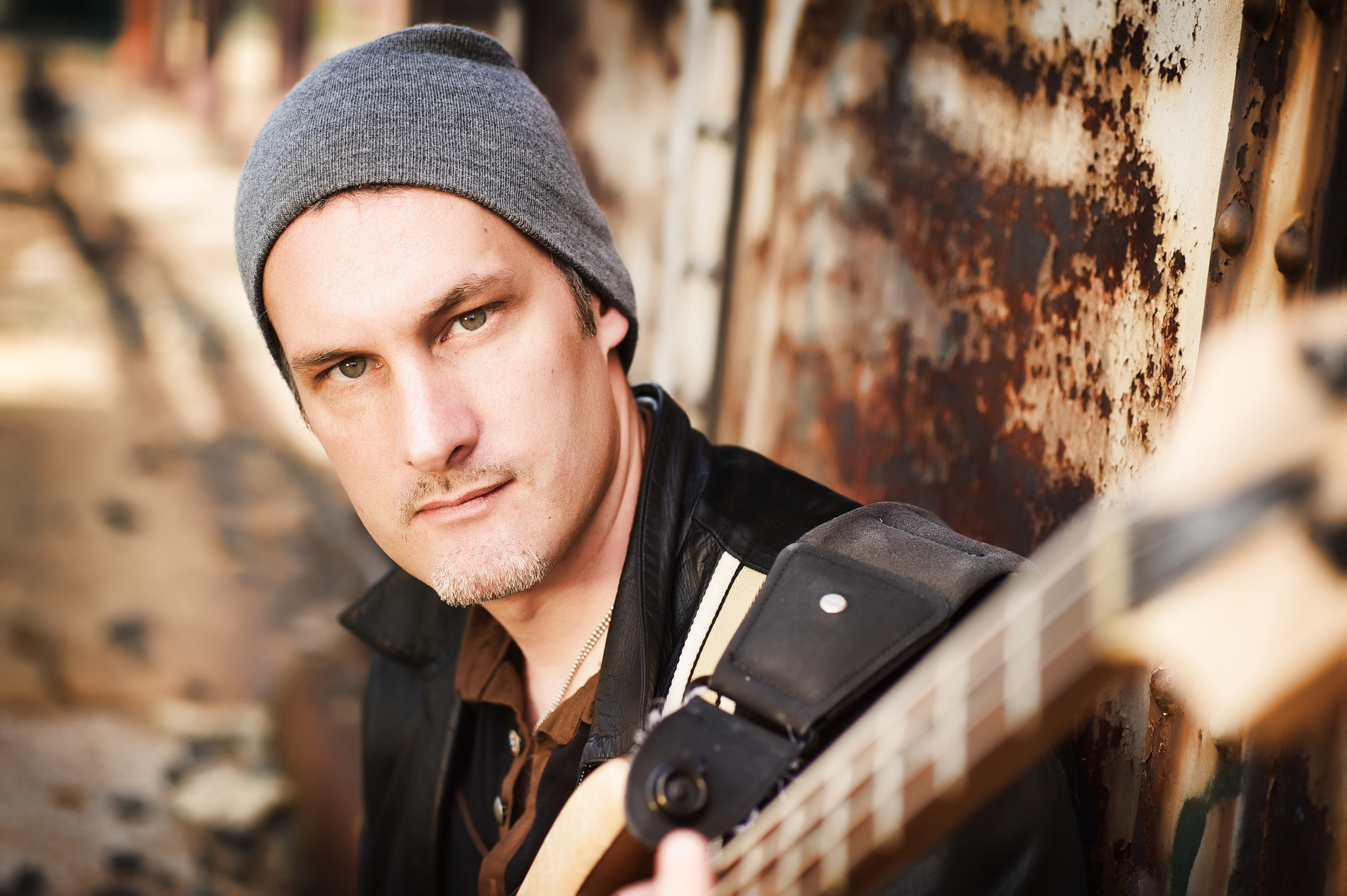 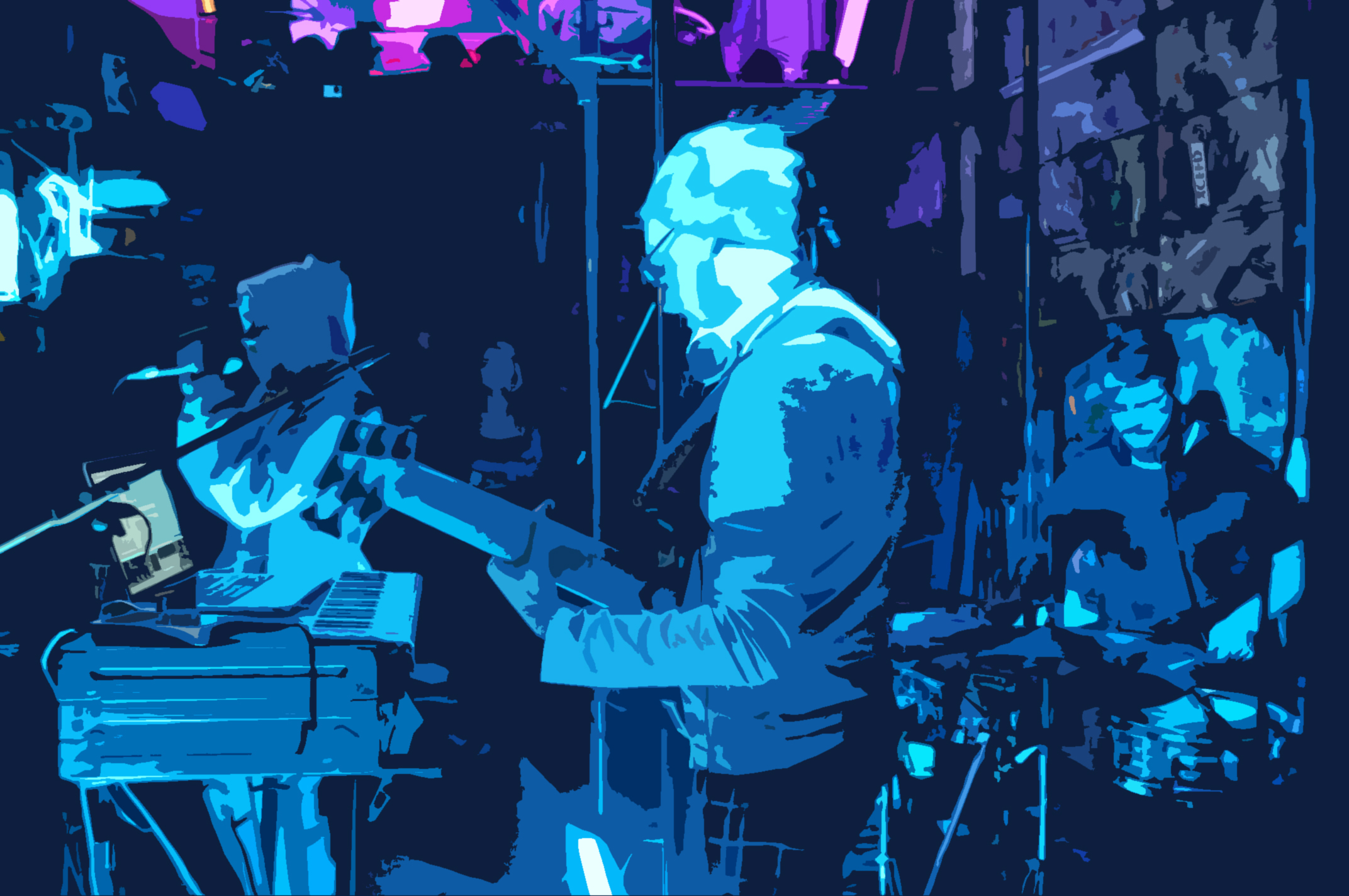 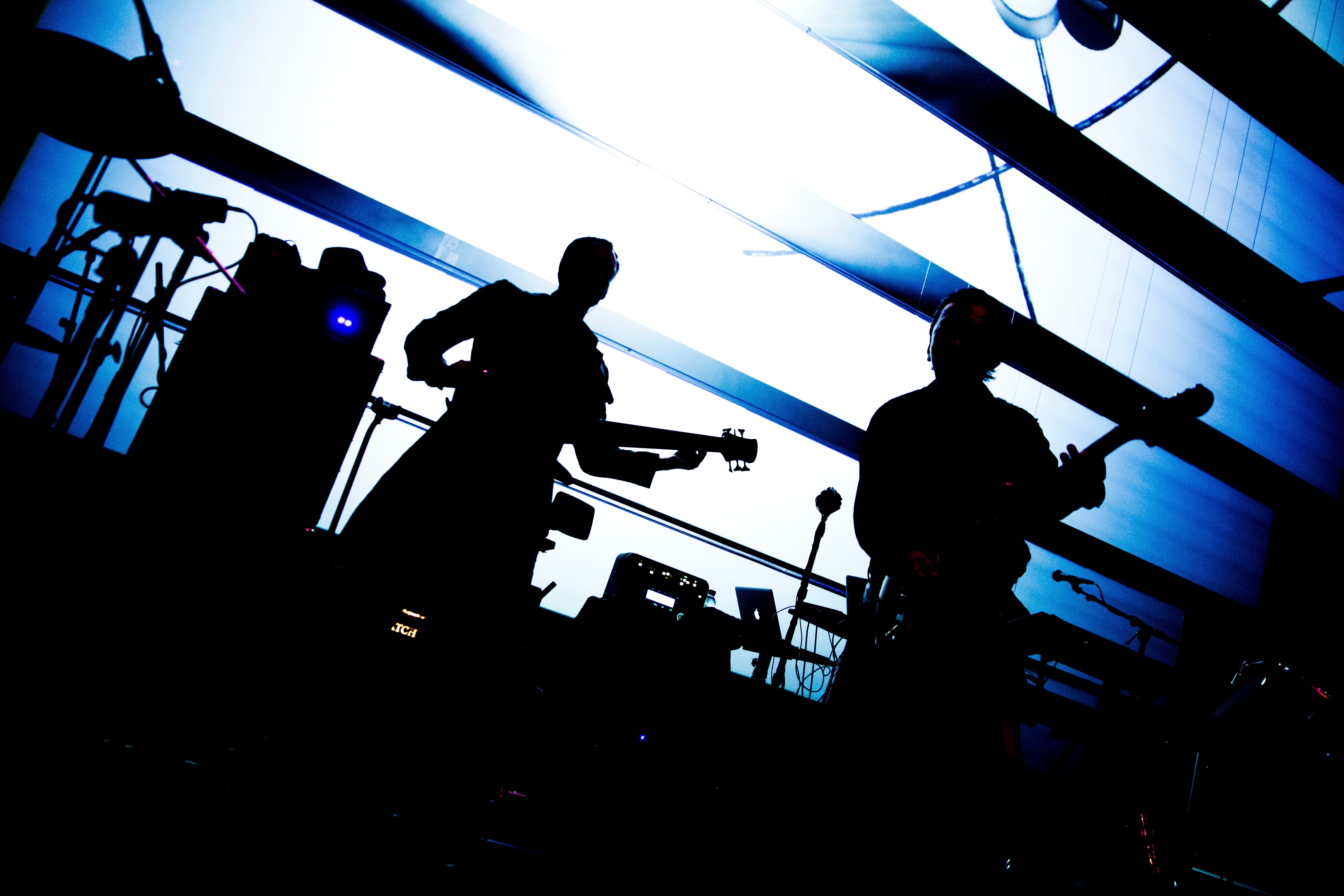 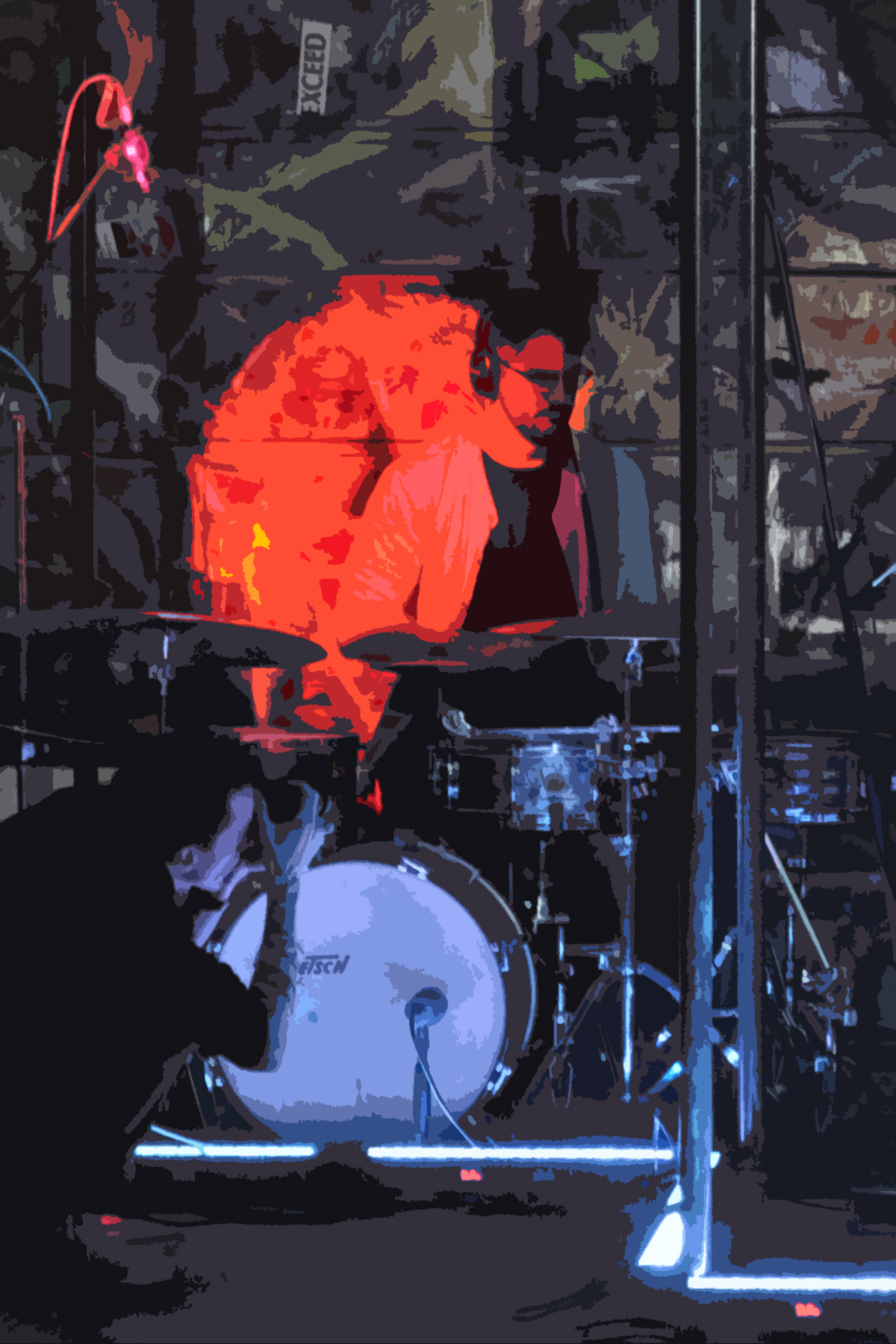 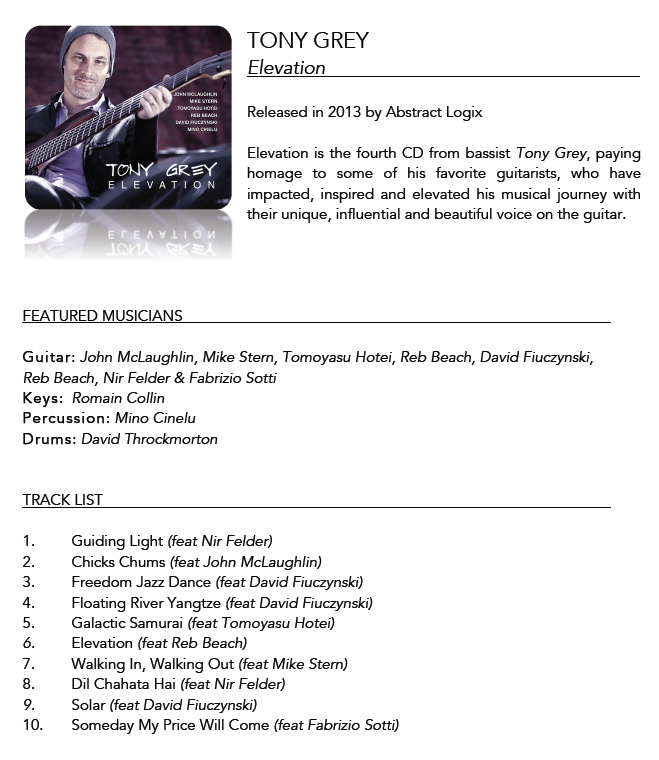 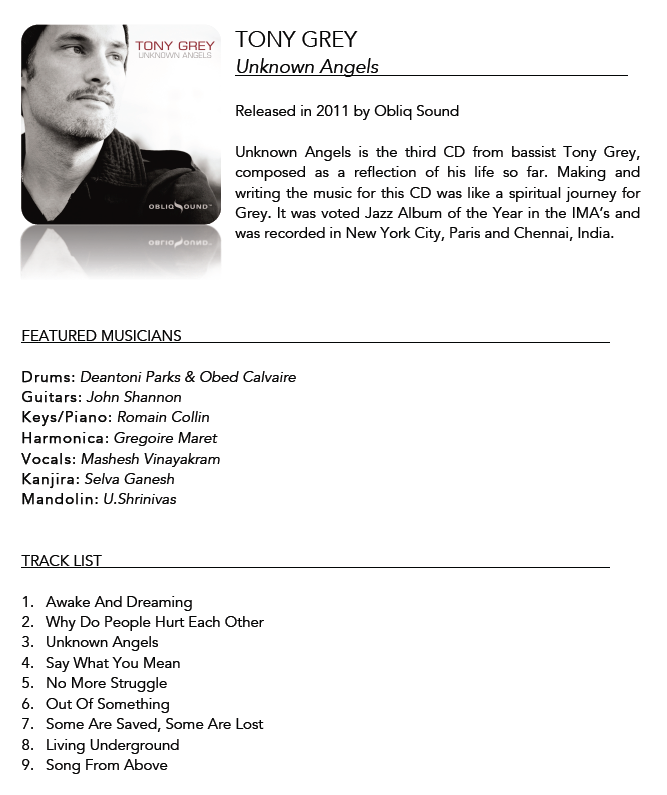 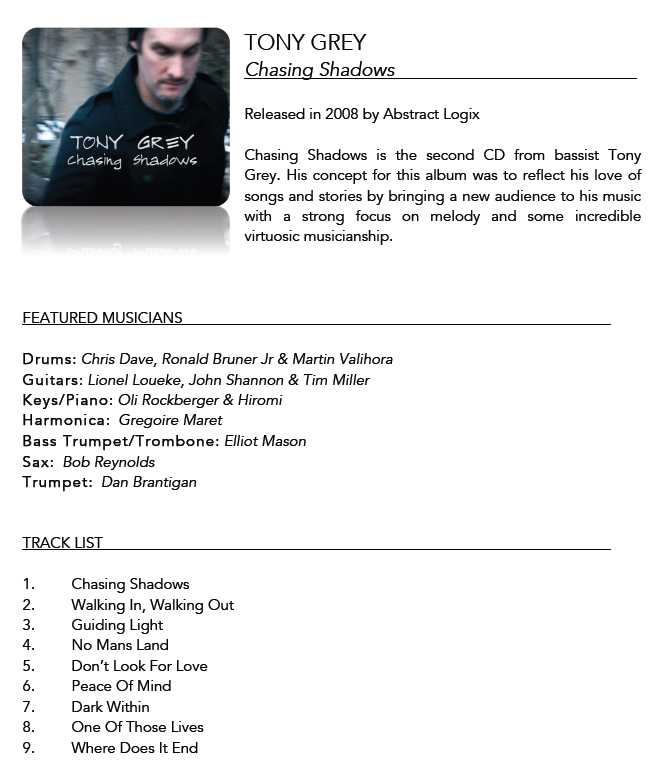 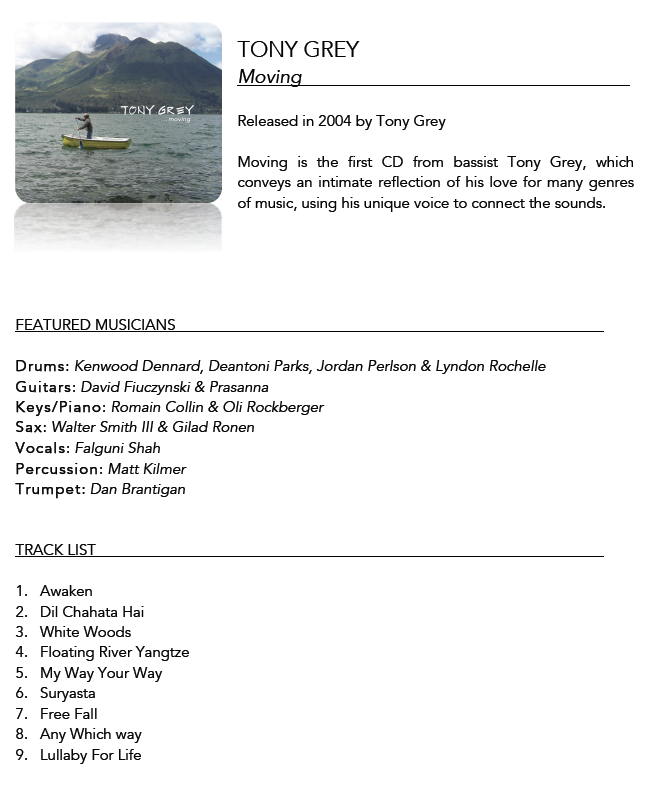